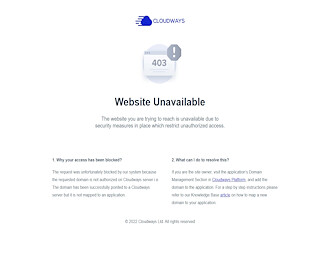 It’s no news that the current American political climate is as heated as it has ever been at any time in our history. We no longer engage in spirited debates to reach a compromise for the good of everyone. Rather, each side appears bent to stick to their arguments and win, no matter the cost. Unsurprisingly, this attitude has birthed numerous empty discourses, steeped in mane-calling and attempts to demonize the opposition.

If like us, you’re a lover of the country and the truth, you’d probably be fed up with conventional political commentaries and podcasts. But you shouldn’t give up totally just yet. In this list, we curate some of the best conversative podcasts hosts that will be worth your time. Even if you’re on the other side of the political divide, it would still be refreshing to hear informed opposing views in the hopes that you may appreciate where they’re coming from. After all, we can’t all be on the same team at the same time.

Steel truth is hosted by boots-on-the-ground, truth-seeking American women that’ll leave no stone unturned to reach the roots of political discourses from a conservative angle. With high profile-guests like General Mike Flynn, Patrick Byrne, and General Mcinerney, you can rest assured you’ll be treated to intelligent and objective analyses of trending issues.

The podcast also features community whistleblowers such as Bill Biney, political operatives like Corey Lewandowski, fighters like Joey Gilbert, and many more guests that have the good of the country at heart. We have no doubt you’ll be hooked at first listen, but there’s only one way for you to find out. And that’s by tuning in on weeknights at 9 pm EST.

Ben Shapiro is famous for delivering the hard-hitting truth in a conservative and principled fashion. The podcast covers all the major happenings in the fast-paced American political landscape, perhaps with more focus on the most divisive topics such as gun control. If you listen to the podcast with an open mind, it’ll be hard not to agree with at least some of Shapiro’s points. The Harvard Law School Graduate never fails to call issues out as he sees it, even if that means scoring a point for the opposition.

Anyone that listens to Louder with Crowder will appreciate his attempts to engage in healthy, constructive debates with random people. The former comedian sets up his studio on the streets of college campuses and asks anyone passing by to change his mind if they disagree with his views. The debates represent a breath of fresh air as they provide an insight into the thoughts of random people, rather than ‘expert commentators.

Crowder expertly provokes the other side but he never fails to deliver his opinions in a concise and thoughtful manner. If you wish to hear conservative views laced with top-grade humor and satire, there aren’t many better podcasts than Louder with Crowder.

There you have it. Highlighted above are three of the top conservative podcasts hosts in the country. If you wish to stay up to date with The Steel Truth, head to our website and sign up for our newsletter.